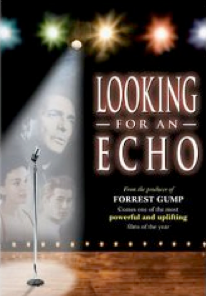 Looking For An Echo

Available in DVD or VHS

Featuring the music of Kenny Vance
and The Planotones

By the director of Eddie & The Cruisers and Lord of Flatbush

“Looking For An Echo” is a Martin Davidson Film and a Steve Tisch / Paul Kurta Production. Acapella harmonizing, soprano falsetto and bass vocalizing were all the signatures of the doo-wop sound from 1956-1964. Hundreds of these groups sprang up from the streets, parks and subways of New York, Philadelphia and Chicago, recorded a few songs and then disappeared as quickly as they came. But when you heard a great doo-wop moment, you knew it. Who were these groups? Were they really the heroes we imagined them to be, or were they just guys from the neighborhood? What happened to them? Where are they today?

To purchase by check, click
the button below to fill
out this form.

OR
Checkout with PayPal