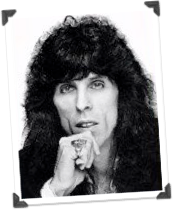 He discovered and co- produced Grammy nominated artist Ryan Shaw’s debut album entitled ‘This Is Ryan Shaw’. Original composition ‘We Got Love’ from that album has been featured on ABC TV’s ‘Brothers And Sisters’, the film ‘My Blueberry Nights’ and ‘Sex and The City’ Vol. 2 soundtrack album. Their music was featured on ‘Dancing With The Stars’ ‘So You Think You Can Dance’ and the Ellen Degeneres, Martha Stewart and Carson Daly TV shows.

Gale co-founded and produced two cult classic albums by the group ‘Little Isidore and the Inquisitors’, two award winning albums by artist Angel Rissoff, an award winning childrens album for Re-Bop records, singer/songwriter Andrew Fortier album with whom Gale co-wrote the song ‘I Say Grace’ covered by Decca international recording artist Haley Westenra, the great Gary Lovett album, and many other record productions for more local heroes. He has also been involved as a hit writer/producer of commercials for Lipton, Pepsi, Campbells, Nestle and others.

His own 1994 CD release entitled ‘Gale Force’ on Guitar/Relativity Records was awarded best guitar record of the year by Guitar Shop magazine.

Johnny Gale began a very meaningful professional relationship with friend Kenny Vance in 2000 when Kenny asked Johnny to produce five or six new tracks and help him complete work on a few unfinished cuts for the soundtrack album to the movie ‘Looking For An Echo’. Johnny has been musical director and arranger for Kenny Vance and the Planotones since 2001 and has produced and co-produced with Kenny a total of four CD’s for Kenny and the guys.

On stage as a player/performer, behind the scenes as musical director or in the recording studio as producer, arranger, composer and performer, Johnny Gale is the consummate professional and a fun hang.